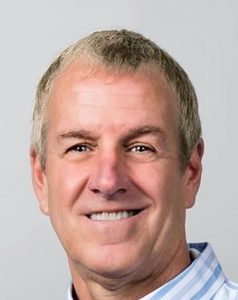 SwimFever.com’s CEO and founder Doug Boyd has been immersed in competitive swimming non-stop since he was six years old. What started out as fun-filled summers of country club swimming in New York evolved into a world ranked swimming career followed directly by an extremely successful collegiate coaching and consulting career stretching over thirty years. Coach Boyd has most recently named to the College Swim Coaches Associations of America (CSCAA) “100 Greatest Coaches” list.

The Scarsdale, N.Y. native has coached and taught technique across the country during his lifetime of swimming and has been successful every place he’s been. The year 2013, however, turned a new chapter following his most recent stint of nine seasons coaching the Texas A&M men’s swimming team and co-coaching with their many swimming camps. Doug began to focus his efforts on developing a company that will give coaches and swimmers at all levels access to the wealth of knowledge in technique and training that he has learned and experienced.

As background, it was in sunny San Diego during the mid-1990’s with fellow world-ranked sprinter Steve Crocker that Doug’s desire to be an innovator in the teaching of swimming technique surfaced. The two competitors created Sprinter’s Paradise Swim Camp which became one of the first private technique-only swim camps in the country. Camp sizes were purposely restricted to allow total concentration on technique skill and development on a never before personal level. Since then, Doug has become widely known for his abilities to teach technique to competitive swimmers of all ages.

In 2002, Doug took his talent in teaching technique to a higher competitive level when he teamed up with Wolverine Swim Camps and the University of Michigan’s Jim Richardson. In Doug’s two years in Ann Arbor, he split his time between coaching the women’s collegiate sprint group and amassing a large stable of private lesson customers of all ages. He also lectured at and conducted coaches clinics and, most importantly, developed and implemented a format for dynamic one-day clinics that focused solely on swimming techniques.

Departing to take on a similar dual role, at Texas A&M University as Associate Head Coach in 2004, helped to further Doug’s growth as one the country’s best teachers of swimming technique. That position with the men’s swimming team offered him the opportunity to work each summer with the highly successful Aggie Swim Camp and its yearly 700 plus campers. Again, Doug took a strictly technique role, running specific technique only sessions. He also got extensive opportunities to work daily with the lower age groups on technique. 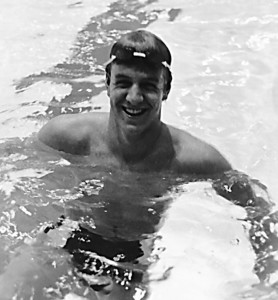 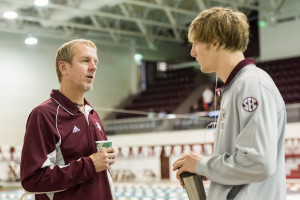 M.S. in sports management and administration, 1990.