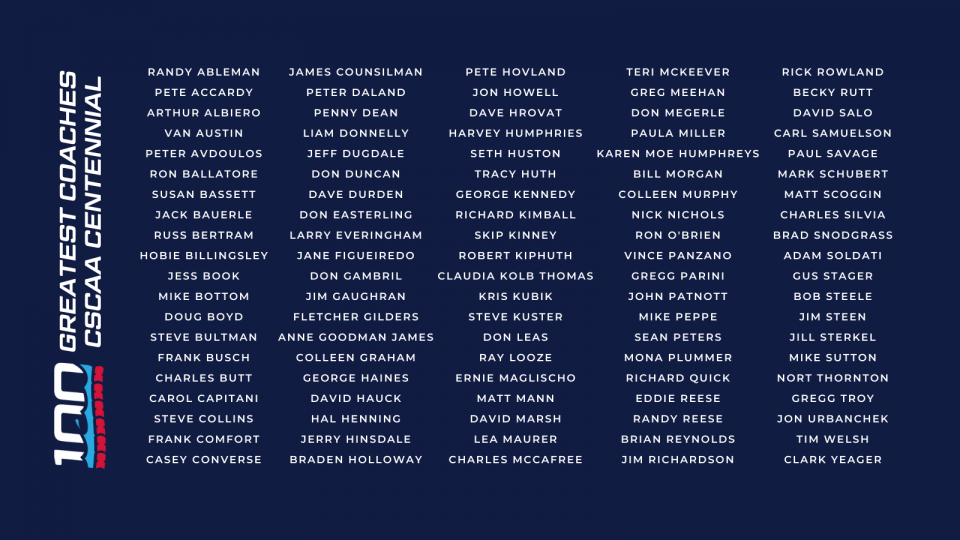 “I am completely humbled to be named to this list. I consider myself blessed to have been coached by or work with some of the best coaches in America, which no doubt had great influence on my career in swimming.

There are two of my mentors included on this list that have been very influential to my career in swimming: The first is the greatest of all-time, James “Doc” Counsilman, who was my college coach at Indiana University and the 1st to give me a chance to coach at the age of 22, and I miss him constantly since he left us. The other is Jim Richardson, who was gracious enough to allow me to come work with their camps and collegiate program for two years at the University of Michigan. We have remained friends and collaborators since then.

However, I would be remiss if I didn’t mention two other coaches who have passed on, but who effected me greatly. Paul Blair, who I swam for at the end of my career at the Little Rock Racket Club, and most importantly Dr. Samuel J. Freas. Sam taught me how to swim at the Scarsdale Golf Club in New York when I was 5 and then coached me at LSU after I graduated from college. It was Sam, who shaped my ability to understand the mental side of competing and coaching. He should surely be on this list as all Sam did, was win and influence athletes both physically and spiritually for decades. One day soon I hope he joins us.”

Just over 500 coaches were nominated. A blue ribbon committee of fifty eight voters selected from 263 finalists, each focusing on a particular sport (swimming or diving) and Division. A steering committee consisting then vetted and finalized the selections.

What ties them together, is a record of exceptional success vis-à-vis their peers. Collectively the coaches account for 346 NCAA and NAIA team titles plus an additional 260 individual diving titles. “The voters and committee really deserve a lot of credit for making performance the key criterion” explained CSCAA Executive Director Greg Earhart, adding, “they ensured that each of the three NCAA divisions and the NAIA were represented, yet made sure that a coach’s selection was not simply a product of their longevity or service to the sport.”

Founded in 1922, the College Swimming and Diving Coaches Association of America (CSCAA), is the nation’s first organization of college coaches. The mission of the CSCAA is to advance the sport of swimming and diving with coaches at the epicenter of leadership, advocacy, and professional development.

The anniversary will culminate with the Association’s convention and awards banquet, May 2-4, 2022 in Rosemont, Illinois.